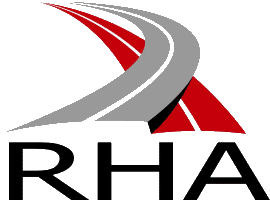 Posted by truckepedia
Brexit
No Comments

The Road Haulage Association has called on MPs to avoid the disaster of a cliff edge Brexit.

In a letter to MPs, RHA’s chief executive, Richard Burnett and national chairman, Andrew Howard, warned that business won’t be ready by 29 March and said that a transition period is essential to help industry adapt to new arrangements and regulations.

“An implementation period gives time for vital new processes and systems to be put in place across the supply chain such as efficient new border technology to avoid disastrous queues at Channel and North Sea ports and across the border between Northern Ireland and the Irish Republic.”

They blamed “complacent failure” across government departments for a lack of understanding of the vital role haulage plays in the economy and urged MPs not to believe reassurances that preparations are advanced and well developed.

Eleven thousand lorries cross the Channel each day; even a two-minute customs check would lead to a 20-mile traffic jam causing chaos on the roads and bottlenecks at ports.

“If preparations for customs and other border tasks were under control we would not be needing massive holding areas for lorries and would not need backup ferry services.”

The RHA has never taken a political view on Brexit but the Association’s board of directors is clear that a transition period is essential to avoid unparalleled damage to the supply chain.

This website uses cookies to improve your experience while you navigate through the website. Out of these, the cookies that are categorized as necessary are stored on your browser as they are essential for the working of basic functionalities of the website. We also use third-party cookies that help us analyze and understand how you use this website. These cookies will be stored in your browser only with your consent. You also have the option to opt-out of these cookies. But opting out of some of these cookies may affect your browsing experience.
Necessary Always Enabled

Performance cookies are used to understand and analyze the key performance indexes of the website which helps in delivering a better user experience for the visitors.

Analytical cookies are used to understand how visitors interact with the website. These cookies help provide information on metrics the number of visitors, bounce rate, traffic source, etc.

Advertisement cookies are used to provide visitors with relevant ads and marketing campaigns. These cookies track visitors across websites and collect information to provide customized ads.

Other uncategorized cookies are those that are being analyzed and have not been classified into a category as yet.

SAVE & ACCEPT
Powered by